In addition to the richness of natural resources, the Resava region has great historical significance in Serbian history. On this tour we go on a tour of the monasteries of Ravanica and Manasija. We will visit the Resavska cave and spend time in the Moravski konaci ethno village

It is located not far from Despotovac on a plateau that descends towards the river Resava and is the endowment of despot Stefan Lazarević, son of Prince Lazar and Princess Milica. It was created between 1407 and 1418 and represents one of the largest and most significant spiritual and historical pearls of Serbia. Manasija stands out especially for its architecture and frescoes and is known for the famous Resava transcription school. In medieval sources, it is also called Resava, and it was given the name Manasija only in recent times. The monastery belongs to the Moravian school and the church is dedicated to the Holy Trinity. Since 2015, the International Knights' Tournament "Despot Stefan Lazarević" has been held every August in Manasija.

The most visited and certainly one of the most beautiful caves in Serbia, located on the edge of the karst field Divljakovac not far from Despotovac. With its length of about 2.3 km, it belongs to the protected areas of the I category. The cave is located at 483m above sea level and is a multi-story speleological structure with 400 m of arranged canals. In 1972, it was opened for tourist visits. It features all forms of cave jewelry that stand out with their beauty, and are especially dominated by "Crystal Hall", "Concert Hall", "Coral Channels" and "Cave Organ". The age of the jewelry in the cave is estimated at about 45 million years. Due to the richness of cave jewelry, this cave is also called "Resava beauty". The temperature in the cave is around 7 degrees throughout the year.

It is located at the foot of the Kucaj Mountains in eastern Serbia. It was built between 1375 and 1377, and the church is dedicated to the Ascension of the Lord. It is an endowment of Prince Lazar, and the frescoes of Prince Lazar, Princess Milica and their sons Stefan and Vuk stand out with their beauty among the frescoes. The frescoes in the monastery were painted before the Battle of Kosovo, and after the Battle of Kosovo and the death of Prince Lazar, his relics were transferred from Kosovo to Ravanica in 1392. The Ravanica Monastery is a representative of the Moravian School and is surrounded by a solid wall with seven towers. After many sufferings and destructions throughout history, today it is a gathering place for numerous pilgrims and one of the most visited Serbian monasteries. 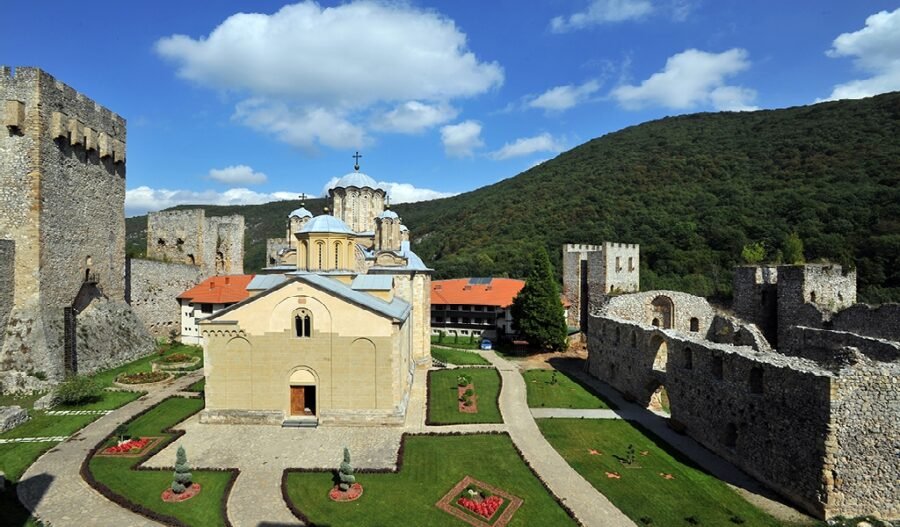 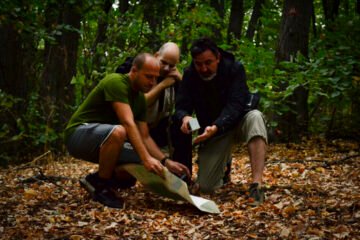 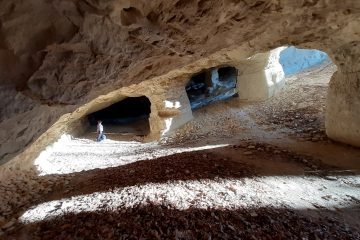