Via ferrata Berim and Rugova Gorge On this weekend tour, we will take you to climb on via ferrata in Rugova Gorge and Berim which have been made according to the newest European standards.

In addition, we will visit the Peja Patriarchate and High Decani, the centers of spirituality and the pearls of medieval culture, which are under the protection of UNESCO.

Rugova Gorge is a river canyon near Peja in Western Kosovo, in the Prokletije mountains, close to the border with Montenegro. With a length of 25 km and a depth up to 1 000 m, Rugova is considered to be one of Europe's longest and deepest canyons. It was created by water erosion and the retreat of the Peja glacier. The Pecka Bistrica river cuts through the canyon. Rugova Canyon was declared a protected monument of natural heritage due to its geological, hydrological, speleological and botanic values and its spectacular landscape. The canyon starts to narrow about 3 km from Peja and continues to narrow for the next 6 km, creating a steep valley which the river of Pecka Bistrica flows through. There are a few waterfalls and several water-springs and caves. Rugova Canyon offers great opportunities for hikers, rock-climbers and cave explorers.

The Monastery of the Peja Patriarchate is a set of churches near Peja and Pecka Bistrica River, and at the entrance to the Rugova Gorge. Pec Patriarchate is one of the most important monuments of the Serbian past. It had been center of Serbian archbishop and patriarch for centuries.

Since its inception in the 13th century, the Patriarchate gathered scholarly theologians, excellent writers, and talented artists, and all of them left testimonies about her persecution. Therefore, it is today not only the old center of the Serbian church but also the place where a significant art heritage is preserved, which is why UNESCO was proclaimed a world cultural heritage site in 2006.

Here is the Monument of Nature, the Sham-mulberry (dud), about 750 years old.

The Visoki Decani Monastery is the founding of King Stefan III of Decani and Emperor Dusan. The building was completed in 1335, and the frescoes were completed around 1350. The monastery is dedicated to Christ the Pantocrator and the Lord Jesus Christ - Spasovdan. The main master was Vito Kotoranin. The monastery church is a five-storey building and belongs to the Raska style. The monastery is located in one valley near the Decanska Bistrica river southwest of Peja, under the mountain massif of Prokletije. Mortal remains of Saint Jelena Decanska rest in the monastery. When the Turks wanted the monastery to turn to the mosque in 1692, the legend says that there was a miracle prevented that not to happen.

The monastery belonged to the Eparchy of the Raska-Prizren Serbian Orthodox Church and represents an immovable cultural asset as a cultural monument of exceptional significance.

UNESCO proclaimed the Decani Monastery as a world cultural heritage site in 2004, stating that its frescoes are one of the most valuable examples of the Renaissance Paleologists in Byzantine Painting and a valuable record of life in the 14th century.

Kolasin belongs, geographically and ethnically, to the central part of the Balkan Peninsula or the Raska region. In this area, in the Middle Ages, there was a center of a Serbian state called Raska. Ibarski Kolasin is a name for an area that extends along the Ibar River, in the north of Kosovo and Metohija and in the south of the Raska region. The largest city in Ibar Kolasin is Zubin Potok. In the Ibar valley, at the end of the sixties and early seventies of the 20th century a dam was built when created Gazivode Lake.

Famous Serbian geographer, Jovan Cvijić was of the opinion that the Serbs of Kolasin moved from the Montenegrin Kolasin to Tara and therefore gave this Kolasin the name of Stari Kolasin.

Many monasteries, buildings and other cultural monuments of this region have been erected by persons who marked the history of Kolasin. The most famous among them is Queen Jelena Anzujska. Then, St. Joanikija and Petar Koriski, whose relics are located in the Monastery of Crna Rijeka.

Because of its geographical location, Ibarski Kolasin has always been the target of the enemy, but he has resisted the attacks for centuries and today exists as a witness to its history.

Via ferrata Ari and Mat in Rugova Gorge:

Two new adventures of products made in 2012 according to the latest standards, with the help of Italian experts built by ferates in the Dolomites, make this road the maximum safe. The vertical rise is in the length of 100 m, while the other ferates go horizontally. The trail leads both through the ancient caves and the remains of former fortifications, from which there is a beautiful view of Peć and Rugovsko gorge.

It is located on the rocks of Berim on Mokra Gora Mountain. It is 25km far from Zubin Potok, and the road to Via Ferrata crosses the Gazivode Dam further to Kovace Village, followed by a gravel road to Previja and further to Berim.

Via Ferrata starts with a mountain path from the logistic camp, passing below the Berim Rocks, and branching off a narrow path to the first vertical section. The first vertical section is around 80 m long and it leads to a cave with a bench placed on the edge, with a stunning view of the landscape. Via Ferrata further follows a vertical climb through the cave and continues to the first peak of Berim at around 160 m of height difference from the starting point. There is an exit from the first peak to the logistic camp. For braver climbers who wish to continue, Via Ferrata goes further to the second peak of Berim with the next vertical section. This part of Via Ferrata includes a horizontal section which provides a completely different experience from the climb on previous vertical sections. The second peak is at 1520 m above sea level or around 300 m of height difference from the starting point. There is a rest area there good for taking photos of beautiful landscapes of Ibarski Kolasin, Rogozna and Kopaonik Mountains, and a small part of Gazivode Lake is also visible. The climb on Via Ferrata ends here, and the path continues further down the steep slope to the logistic camp. 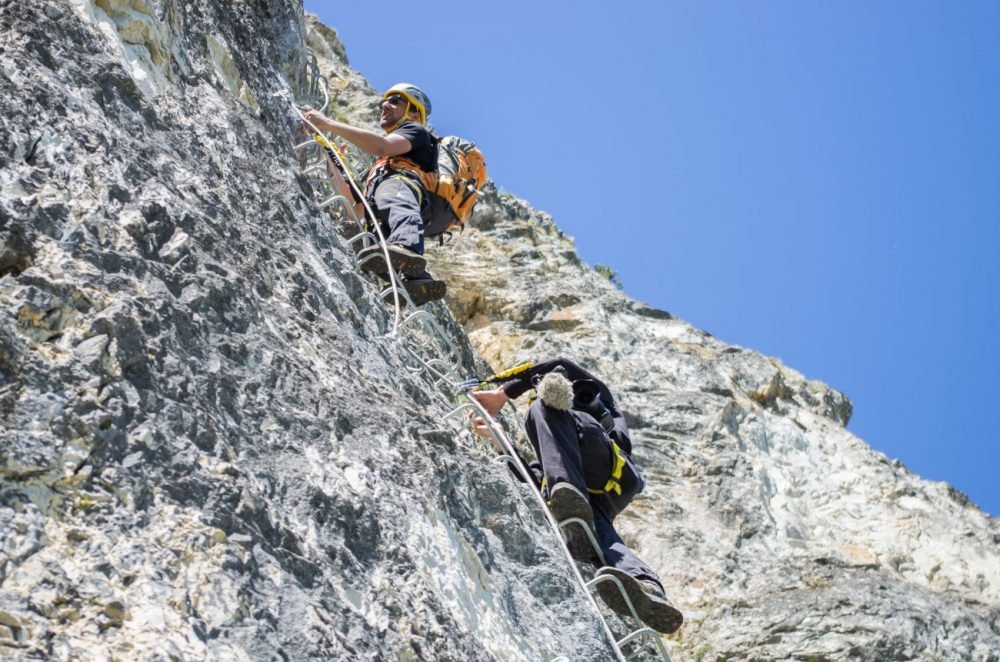 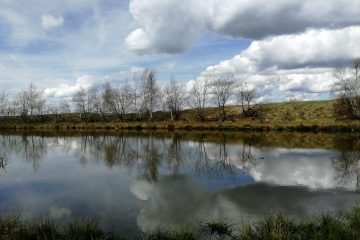 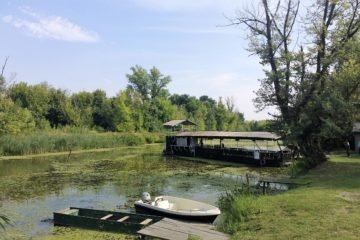 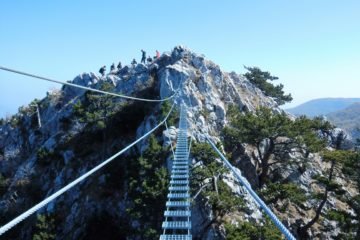