Vršac Mountains – on the "roof of Vojvodina", Gudurički Vrh

Vršac Mountains or Vršac Hill as they are also called rise in the southeastern part of Banat, which is geographically and historically the most interesting part of Vojvodina. They represent the highest part of Vojvodina with Gudurički vrh (641 m), while the confluence of the Nera and the Danube (66 m) is the lowest point of this vast whole.

Due to its unique position in Banat, diversity of flora and fauna, lookouts and landscapes, the Vršac Mountains have been declared a nature park. Linden and acacia forests at the time of flowering give the mountain area specific aromatic features and make it very pleasant to stay.

On this tour, we will ascend from the vast plain to the "roof of Vojvodina", from where we will be able to see Deliblato Sands, part of the Djerdap Gorge, Kostolac chimneys, the outlines of Avala, and the view reaches neighboring Romania, where the Banat Plain continues and the Anin Mountains rise.

After the hiking tour, we will relax in a private winery where we will have a tasting of excellent wines and lunch.

Other known peaks in the Vršac Mountains are: Lisičja glava, Đakov vrh and Vršačka kula. The northern slopes of the mountain are steep, while the southern ones gradually descend into the undulating hills, where there are vineyards. They are affected by sand and good sunshine. The Vršac Mountains, like Fruška Gora, are among the island mountains, and the work of the former Pannonian Sea has created terraces. Parts of the Vršac Mountains built of more resistant rocks are left in relief in the form of heads, hammers and peaks.

Središte Monastery - It was founded by despot Djuradj Brankovic in the 15th century, and it is dedicated to the Holy Archangel Gabriel. The monastery was closed down in the 18th century due to church reforms carried out by Maria Theresa, and then destroyed by the Turks. He also owned a mill on a nearby stream that grinded during rainy days. The renovation of the monastery began in the 90s.

Mesic Monastery - one of the most beautiful monasteries in Banat, built in the 15th century. Although in this area there is a belief that it originated in the 13th century when it was founded by Arsenije Bogdanović Hilandarac when Saint Sava appointed him abbot of the monastery. The monastery was named after a stream that springs in the monastery forest. The monastery church is dedicated to St. John the Baptist, which is a unique case in Serbian monasteries. It has been demolished and rebuilt several times.

Vršac Tower - was built in 1439 and is a symbol of Vršac and its surroundings. It is believed that the fortification was built by Djuradj Brankovic after the fall of Smederevo. It is basically rectangular in shape, almost 20 m high, and the walls are on average 2.5 m thick. The inhabitants of Vršac Castle had an excellent view of the surroundings. The dungeon tower is the best preserved part of the fortress, and over time, the remains of the ramparts, semicircular towers, palaces, and furnaces have been reconstructed and restored. The tower was often the target of conquest and destruction, and today it is under the protection of the state as a cultural monument.

Hiking tour in the Vršac Mountains

Visit to the private winery - tasting and lunch 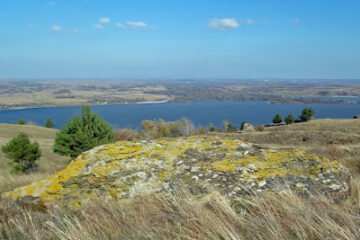 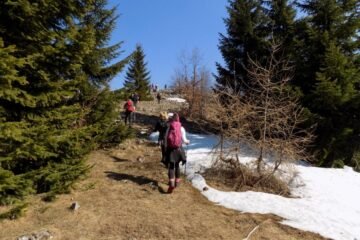