Something about the history of hiking in the world and Serbia

Something about the history of hiking in the world and Serbia 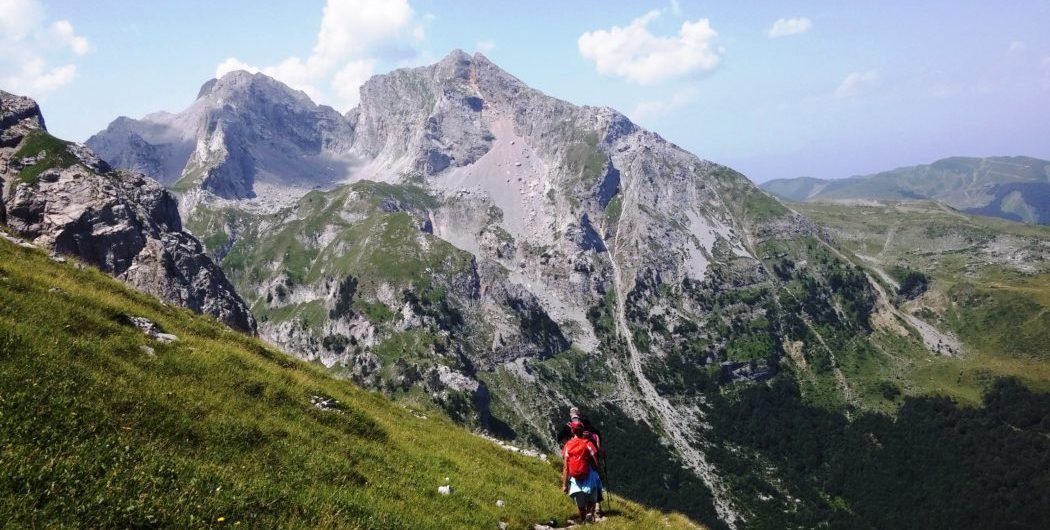 Mountaineering is a popular recreational activity that entails pleasure in conquering peaks, the beauty of mountainous areas, overcoming difficulty with others because usually hikers are in the group.

As the start date of hiking is taken August 8, 1786 when French physician Michel Gabriel Paccard and guide Jacques Balmat climbed to the top of Mont Blanc (4,810 m). This rise was prompted by the Swiss scientist Horace-Bénédict de Saussure.

It was in the Alps that the first hiking tours of the unspoiled peaks were organized, with the presence of local guides. While these tour guides have a long tradition, there are major changes in commercial hiking today.

Mountains and hiking in Serbia

In geomorphological terms, Serbia is mostly a mountainous country, both in terms of age, the way of origin, geological structure, directions, and forms of relief. The mountains are very diverse.

By the way of origin, the mountains are:

The first hiking society in the territory of the former Yugoslavia was founded in 1874 in Zagreb. In Serbia, the first mountain visitors were also scientists, and the most prominent among them was Josip Pancic, who climbed to a number of mountains in Serbia, Montenegro and Bosnia, extending the flora of those mountains. He led his students with him, many of whom later were mountaineering organizations in Serbia. With Pancic he was a famous geographer Jovan Cvijic. Organized hiking in Serbia begins in 1901, when the Serbian Mountaineering Society was founded with the first president, Jovan Žujović.

Hiking campaigns are organized in our country by mountaineering clubs, clubs and associations. The Mountaineering Association of Serbia gathers mountaineering companies and publishes the annual plan of actions. Members pay an annual membership fee and can go on trips with any hiking club from the country, and not just to those they are directly in. Mountaineering societies today develop their activities in various sections (alpine, speleological, orienteering, mountain biking, etc.).

From hiding to enjoyment

Man has been attracted by mountains from ancient times. Initially, people went to the mountains for hunting, rescued lost or wounded animals or hid in the area during the war. Later they began to enjoy climbing on the mountain peaks and the beauty of the mountainous regions. The mountaineers began to discover in the mountains many unknown areas, hidden valleys, lakes, and hillsides. They built and marked the roads, lifted hiking houses, houses and shelters, and the wider masses of mountaineers and tourists opened an easy access to the steep and snowy peaks.

However, unlike tourists, mountaineers stayed on walking, sometimes using modern means of transport, in order to get the starting point for climbing to the peaks in the shortest time, which sometimes takes days of walking.

Mountaineers prefer to discover poorly known and hard-to-reach areas and are happy to stay in the mountains away from the traffic noise. In the first place they are attracted by the mountainous landscape, due to numerous motifs - aesthetic, recreational, scientific, research ...

Naturalists, researchers and scientists began to move more towards the mountains.

Mountaineering evolved along with the rise of social standards and as an organized movement appeared in the mid-nineteenth century.

The European Alps are the place of birth of hiking and represent the main focus of commercial hiking in the world.

The Alps have several high peaks and a good tourist and resource infrastructure nearby, which provides easier access and security for the tour operators.

In addition to the Alps, in Europe other regions that are popular for mountaineering are the Pyrenees, the Rila, the Tatra and the Carpathians. In North America the most visited are the Mountaineers Mountains and Sierra Nevada in California, the Cascade Mountains between the United States and Canada. There is a long tradition of mountaineering expeditions in the Andes of South America, as well as on the highest mountains of Asia (Himalayas, Pamir, Tjan Shan). Other mountain regions are the Southern Alps in New Zealand, the Japanese Alps, the mountains of Scotland and the Scandinavian mountains, especially in Norway.

With the development of hiking equipment, other disciplines have emerged that involve various climbing techniques such as rock climbing, ice climbing and alpinism.

In alpinism, the sport motif is more prominent than in mountaineering. Alpinists seek to overcome the difficulties of steep mountain peaks with the power of will.

The beginning of alpinism is considered to be the period of the 19th century when people were increasingly going to the Alps, singing exclusively from aesthetic and sports motives. These were mostly wealthier people and this period of classical alpinism lasted until the first years of the 20th century, when alpinists began to use climbing aids. At that time, alpinists went to the tops almost always with guides. In the latest age climbing alpinism knows almost no obstacles because modern technical equipment also allows the worst rises in winter.

Conquering the highest peaks of the world

Expeditions to conquer the highest peaks of the world began to be organized in the mid-nineteenth century and the largest number was in the Himalayas, and fewer those who went to Andes and peaks in Africa. The expedition to the Himalayas in the postwar years was successful, thanks to well-trained and durable carriers of the Sharpe tribe. They are no longer ordinary elevators, but also guides on expeditions, trained in a special school in Dardhill, an Indian site in the eastern Himalayas.

The first peak above 8,000 m was won by the French on June 3, 1950, which climbed to Annapurna and 8,078 m high (the leader of the expedition was Moris Ercog). Mount Everest, the highest peak of the world (8,848 m), won the British expedition led by Colonel Hunt on April 29, 1953. On top were the first to cross the south by New Zealand's Edmund Hillary and Nepal Tenzing Norgay.

Explore Serbia
Explore Serbia is an organization that develops and promotes adventure and rural tourism of Serbia and the Balkans. We are adventurers who combine our personal experiences, interests, and knowledge in creating adventure tours.
Previous postWalking, hiking or trekking. What attracts you more?
Next postHow did rafting become the leading recreational party?